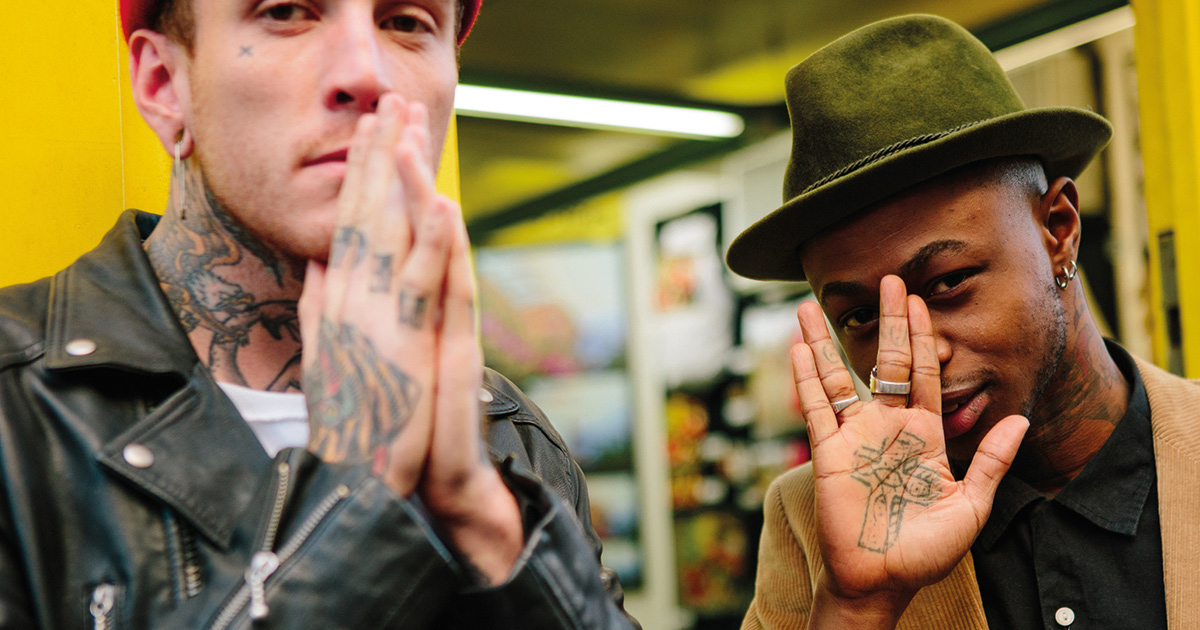 Multicultural London English (MLE) is the sound of young urban England mixing influences from different places together, from East London, West Africa and Jamaica to name a few. It’s the latest chapter in a long history of English absorbing elements and turning them into something new.

MLE has been around for about thirty years, but it’s getting exposure now, as some of England’s biggest stars like footballer Raheem Sterling and musician Stormzy who grew up speaking it, are in the spotlight.

Although it has London in its name, you’ll actually hear it all over England in mixed urban areas. People who speak it in cities including Birmingham, Leicester and Manchester will also throw in flavours of the local accents in those places. The key feature of this accent is its ability to adapt to the people using it, so it keeps changing.

In today’s lesson we learn how to do the MLE vowel and consonant sounds, comparing it to both standard English pronunciation (GB) and the last urban accent to come out of London – cockney.

MLE has very distinctive vowel sounds, with many of them made between the centre and the front of the mouth. The long sounds in RIGHT, NOW, GO and DO are very characteristic of this accent. Other front vowels are slightly more relaxed than in standard English like those in FEED, DEAR and BAT. But as with all things MLE, there’s plenty of variation from one speaker’s sounds to the next and even from one speaker’s sentence to the next. Here’s each sound in more detail:

The front [i̠ː] vowel sound is a little bit relaxed in MLE so the tongue isn’t quite as far to the front: FEE, NEED, LEAD.

“See these? They feel cheap to me.”

In CHOOSE, DO and YOU the tongue is to the front of the mouth, not in the centre, it sounds a little bit French:

The sound [ɐ] in MAN, PAT, and RAN isn’t made so much to the front as in standard English:

“Dan is having a mad jam in the flat.”

In FEAR, DEER and NEARLY the sound is more often a long monophthong [ɪː] instead of a diphthong:

“Take the train now Dave or you’ll be late.”

This is pronounced as a single position, slightly front sound [ɜ̟ː] LIKE, FIND, WHITE

“Why don’t you try size nine?”

The sound in HOW, ROUND, and OUT is often pronounced as a single nearly open vowel which can be to the front [æː] or fairly central [ɐː], it can also have a slightly diphthongal quality to it [ɐu]:

“How about we go round his house now?”

This diphthong sound starts with the tongue to the back in MLE [oʊ]: GO, LOAD, OVER, WINDOW but the second part is often dropped so it can just be [oː].

“I don’t know why he goes over the road to phone, though.”

MLE shares many consonant sound variations with cockney like the TH sounds (THINK, THEM), and glottal stops (WATER). But it does have some unique features like the back contact in /k,g/ (CARGO), front contact for /s,z/ (SIZE) and the inclusion of the sound /h/ (HAT). Here is each feature in more detail:

“He thinks he’s the babyfather.”

MLE shares the cockney use of glottal stops [ʔ] for /t/ after vowel and consonant sounds FOOTBALL, LIGHTLY, BETTER.

“I was thinking of going to buy something.”

Like cockney, MLE swaps dark [ɫ] for a back vowel sound, most commonly [u]: LITTLE, FALL, HILL:

“All my bottles are being recycled.”

MLE speakers tend to pronounce /h/: HAT, HOME, AHEAD. This is a key difference from cockney, which does not normally include /h/ at all:

In MLE /k/ and /g/ tend to be made with the tongue slightly further back in the mouth: KITE, CRY, QUEEN, GATE, AGO, GRIME.

“Can Gareth go and pick up some carrot cake?”

These sounds can be made with the tongue near the teeth: SO, SITE, PASSAGE, ZOO, CHEESE, ROSE.

MLE wears its influences in its melody in the same way it does in its sounds. Some speakers have a distinctly Carribean syllable time to their speech – where each syllable is given a roughly equal amount of stress. Other speakers have a more cockney stress time intonation where the main syllables are stressed more and everything else squashes up.

The pitch range used by MLE speakers is also very variable, ranging from monotone cool and casual to an animated and jumpy collection of pitch changes. 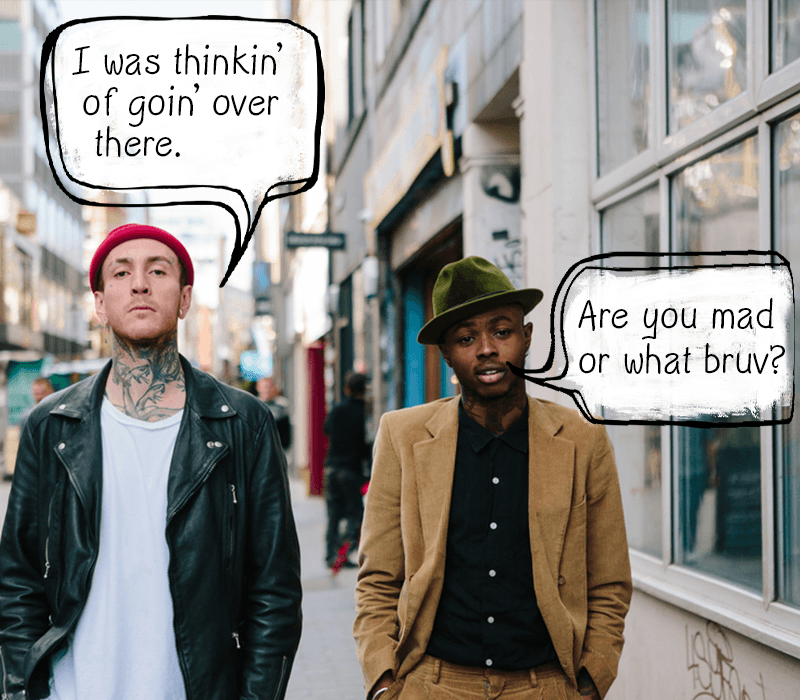