Ebook
Let’s not get rid of your accent.

Let’s not get rid of your accent.

In a recent short film shown on BBC4 entitled ‘Accents Speak Louder Than Words’ we encounter a Polish lady, Kasha, who has lived in the UK for 27 years. She wants to change her accent because she feels she suffers discrimination as a result of it and so she hires an accent coach to help. Shortly after meeting her, the accent coach proclaims:

“We’ll do it! We’ll get rid of the accent if you really want me to.”

It’s a term that has become synonymous with English pronunciation training since a book entitled ‘Get Rid of Your Accent’ was published several years ago. But is the term helpful? And what expectations does the teacher create in using it?

The concept of getting rid of things is common in English. If you type ‘get rid’ into Google, its search predictor comes up with ‘ants’, ‘belly fat’, ‘hiccups’ and ‘spots’ as the most likely next words. Let’s take the example of ants. After a process which generally involves either relocating them or exterminating them with borax, they’re gone. You no longer have ants where there were before. You got rid of them.

Similarly if you have hiccups, you could try a variety of ways in which to get rid of them, from changing your posture, to drinking water or holding your breath. You could even ask someone to suddenly give you a nasty shock. BOO! And if your friends aren’t scary enough you can just wait. Hiccups go in time. And when they have gone, there is no spasm, no involuntary noise, nothing. Good job. You got rid of them.

So how does ‘get rid’ relate to accents? What is left when the accent is gone? 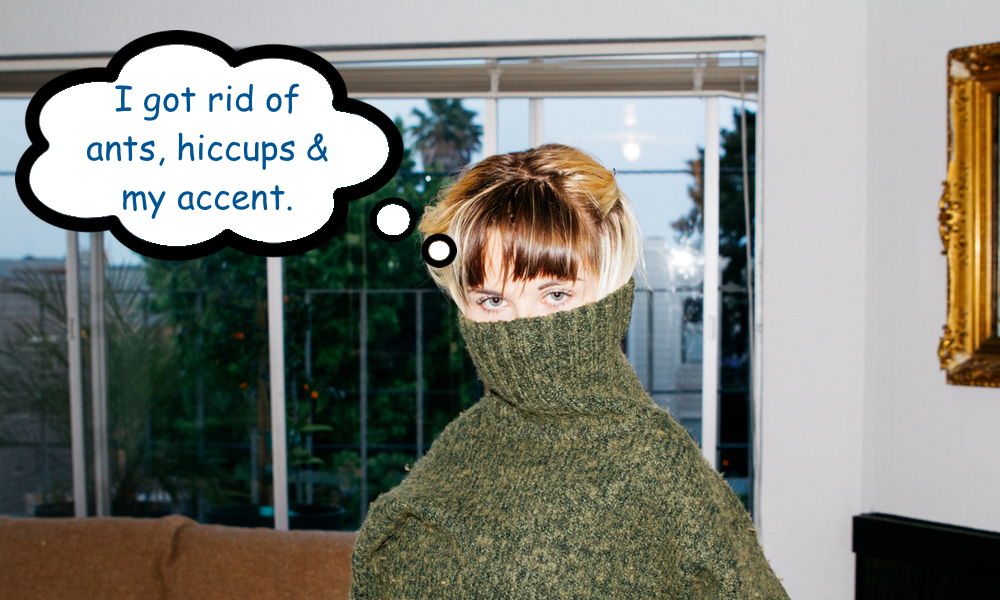 I can sort of understand the concept from a learner’s perspective; you ‘have’ an accent, you ‘have’ hiccups and you ‘have’ ants in your house. So why can’t you just get rid of all of them? Well, the question remains:

What are you left with if you get rid of your foreign accent?

Human beings are not born with the full range of English sounds and intonation in their brains and mouths any more than they are born with the speech sounds of the now extinct Gafat language of South Ethiopia. They would need to be learnt; getting rid of one English accent doesn’t magically make another one appear.

In other words, the terminology doesn’t work. It’s ridiculous. Let’s get rid of it.

And surely this is the job of the professional. Explain the process. Decide on the target. We’re not getting rid of anything. We’re learning the English speech toolbox, a clear, achievable goal, starting with the full range of sounds and moving on to intonation. It’s a toolbox that can help just about any second language speaker of English who wants to sound and feel confident.

Before offering to get rid of her accent, the teacher in the film rightly commends the Polish lady on how clear her speech is and squarely blames those discriminating against her as the cause of the problem. There are some lighter moments too, like when the teacher asks Kasha to imagine her mouth in the shape of “a fried egg or a boiled egg” and then asks:

“Which one do you think is best for speaking accents?”

Kasha incorrectly replies fried whereas in fact, it’s boiled (4:40 in the full film). She is quickly corrected on this matter (don’t worry Kasha, you’re not alone, I’d have got it wrong too). 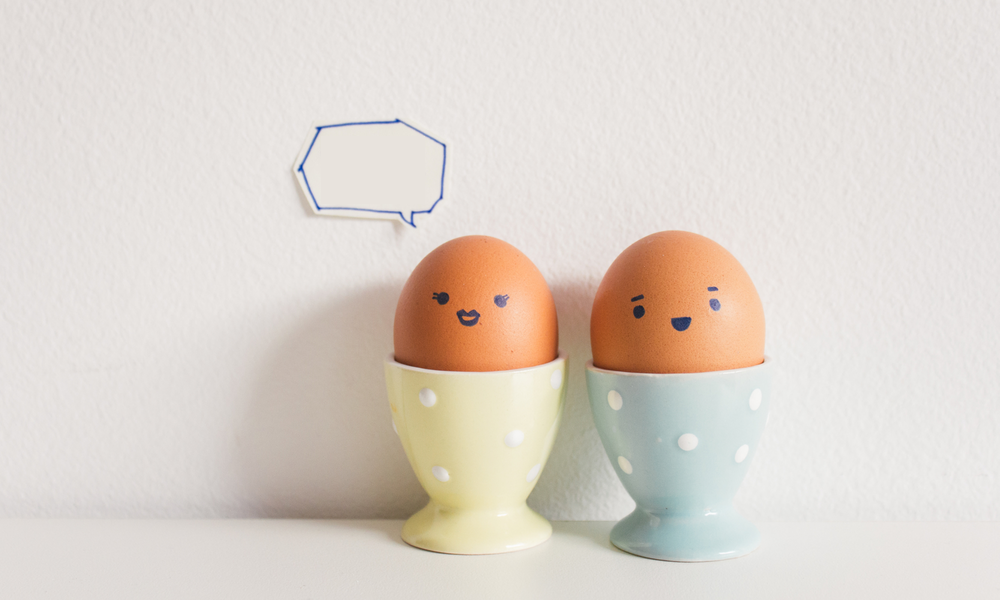 Boiled eggs are better than fried eggs for speaking accents according to a short film on BBC 4 ‘Accents Speak Louder Than Words’.

Whether Kasha’s accent is the real problem here and whether her best investment in time and money is trying to change it, with or without the aid of egg metaphors, are questions worth considering. But I’m sure that if there is one thing she definitely does not need, it is negative reinforcements about her accent, and this includes any inexplicable notions along the lines of ‘getting rid’ of it.

So when Kasha finally concedes “I possibly will always speak with an accent” (9:45), it’s a moment full of both sadness and irony. Here was an opportunity to change that impossible goal. Terminology is important, it shapes our expectations, so my suggestion is this: let’s get rid of getting rid of accents.

View the full 10 minute film ‘Accents Speak Louder Than Words’ here (in the UK on BBC iPlayer), or a 2 minute version on BBC News here, which will work anywhere.